Common Currents: Examining How We Govern the Ocean Commons We convened experts in international ocean law, policy, economics, and science to discuss to what extent, and to what effect, we manage the oceans as a global commons. We strove to identify when and how we have managed ocean resources or areas as a commons, and to analyze and evaluate the efficacy of such efforts.

Resources from this conference are available on the event page, and photos can be found here. California’s Coastal Act: The Next 40 Years The year 2016 marks the 40th anniversary of the California Coastal Act. Enacted in 1976, the Act has guided coastal development and protection for decades. But today the California coastline arguably faces its greatest challenges yet. UC Berkeley, UC Davis, UCLA, Stanford Law, and Resources Legacy Fund invite you to come explore the history of California coastal management and to inform the agenda for the next 40 years of implementation.
This event has been recorded and archived to support broad public participation. We invite you to review our in-depth discussions about the history and evolution of California’s coastal policies, today’s key challenges, and potential paths forward.
Resources from this conference are available on the event page.

Shipping is integral to the world’s economy, and nearly 40% of seaborne cargo is loaded in Asia. Although the International Maritime Organization (IMO) has adopted a series of conventions to mitigate the impacts of shipping on the marine environment, substantial barriers remain at the regional level.

Our conference focused on the regional implementation of existing IMO conventions to protect the ocean environment in Asia from ships and offshore facilities. The conference participants examined progress in implementing existing obligations and where additional mechanisms may be needed to adequately protect our marine environment.

Stress Testing the Law of the Sea: Dispute Resolution, Disasters and New Challenges

Co-hosted with the Transnational Law Institute (TLI) at King’s College London and additionally sponsored by the Miller Institute for Global Challenges and the Law at Berkeley Law. 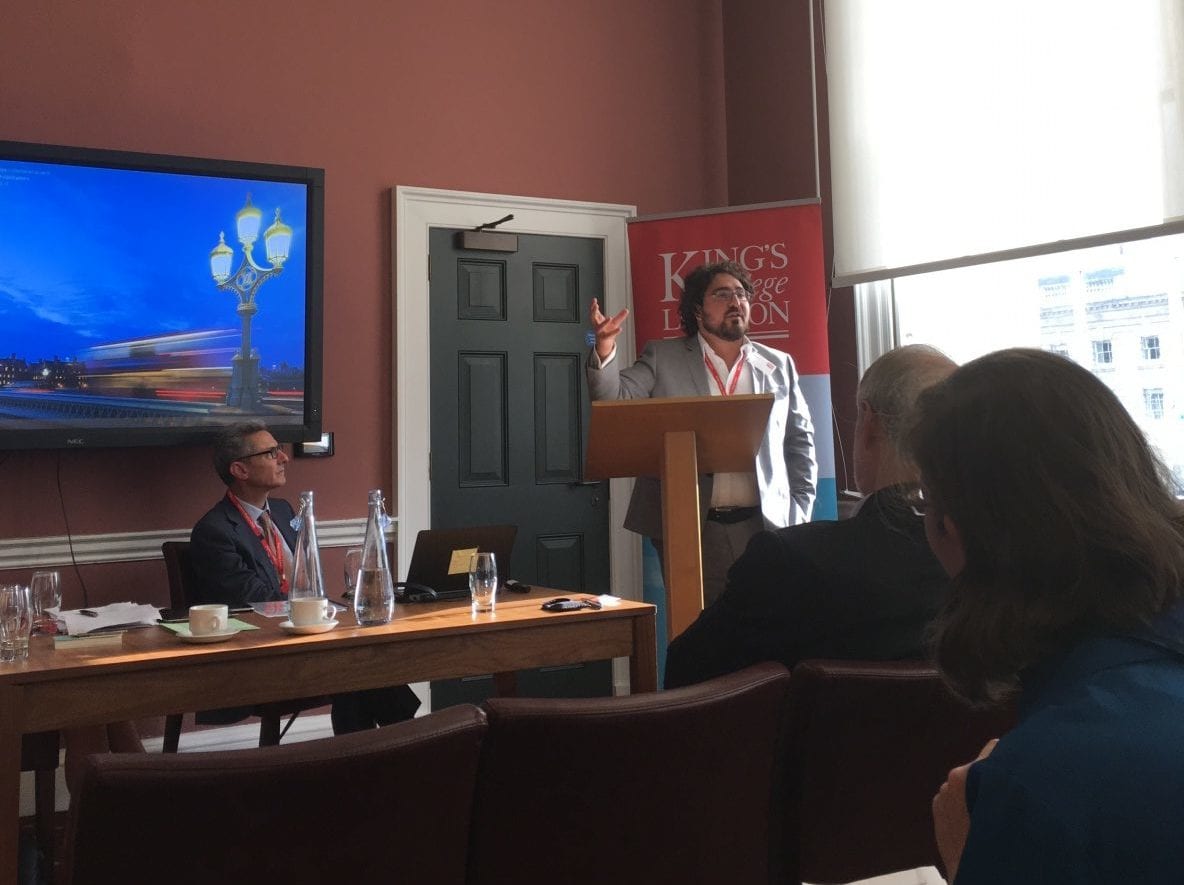 The current international framework for ocean governance, the UN Convention on the Law of the Sea (UNCLOS), is widely acknowledged as a treaty-making success. However, rapid global changes in public and private legal institutions and in marine and weather conditions are stressing the boundaries of the framework. LOSI and our partners convened a two-day discussion amongst expert practitioners and scholars on stress-testing the law of the sea framework and exploring its ability to respond to changing norms in dispute resolution and to emerging issues with high levels of uncertainty, including climate change, increasingly frequent disasters, and rapidly expanding offshore energy.

This conference brought together academics from the United States, Europe, Asia, and Australia to celebrate the fiftieth anniversary of its founding. 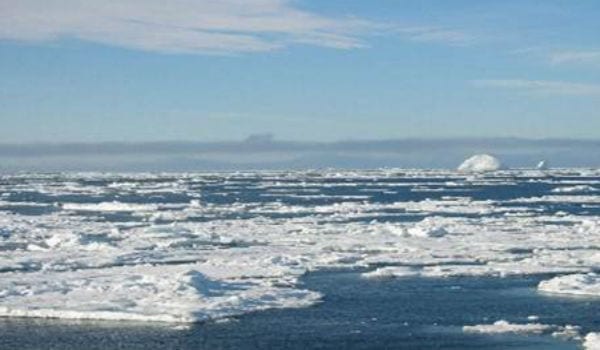 This symposium contributed to the discussion about what is needed for maintaining or improving governance, primarily environmental but not exclusively, in the Arctic region. There has been an immense amount written and said about Arctic governance in the last several years and one major theme revolves around the question of whether new law is needed in the region. This is at least an underlying theme of the symposium within the context of more specifically focused presentations including a focus on how to implement and make effective existing initiatives in law and policy and how to assure that the laws and policies on the ground reflect those adopted.

The expert papers discussed during the event were published in the UC Irvine Law Review as a symposium issue.

Ocean Law and Policy: Twenty Years of Development Under the UNCLOS Regime This conference will focused on the two decades of practice since the UN Convention on the Law of the Sea (UNCLOS) entered into force in 1994. Participants will explore the accomplishments and shortfalls witnessed in the developments in ocean governance under the UNCLOS regime. Since the early period of the industrial revolution, successive waves of revolutionary scientific discoveries and technological innovations have intensified the global population’s exploitation of ocean and coastal resources. In this conference several leading authorities in the field address major dimensions of the interface of science, technology and ocean law—both historically and in current-day perspective—and emergent challenges in legal ordering of ocean uses for sustainability and equitability.

Also see the program and photo gallery from this event.

Securing the Ocean for the Next Generation

Co-sponsored with the Korea Ocean Research and Development Institute (KORD This symposium addressed central issues of policy and law relating to the uses of the global oceans. Many of the most salient issues of ocean uses and their legal ordering that confront legal scholars, governments, jurists and policy specialists in the present day are addressed in the papers of this symposium. Among the most prominent questions that received careful analysis and are the subject of interesting new perspectives are the uses and regime of the deep seas beyond the areas of national jurisdiction; the administration and impact of Exclusive Economic Zone laws; the problems of equitable and efficient sharing of marine resources; the vicissitudes of resolving marine boundary delimitation conflicts; ecosystem management and related issues of equitability; and the content and implications of the International Tribunal for the Law of the Sea in adjudication of the recent Bay of Bengal case.

Also see the program and photo gallery from this event.

LEADERSHIP FOR THE ARCTIC

Co-sponsored with the US Coast Guard Academy The United States Coast Guard Academy and the Law of the Sea Institute at the University of California’s Berkeley School of Law sponsored a two-day interdisciplinary conference on key issues facing global leaders tasked with shaping and implementing policy for the rapidly emerging human activities in the Arctic.

The sponsors convened this academic conference to provide maritime affairs academics, professionals, and legal scholars with an opportunity to share their professional views with those charged with exercising leadership on Arctic policy formulation and implementation in the coming decade.

Also see the conference proceedings from this event.

THE LIMITS OF MARITIME JURISDICTION

At this conference leading oceans scholars and practitioners explored both the definition of maritime limits and boundaries spatially and the limits of jurisdictional rights within claimed maritime zones. Topics addressed included conflicting maritime claims and boundary disputes, access to valuable marine resources, protecting the marine environment, maritime security and combating piracy, concerns over expanding activities and jurisdiction in Polar waters and the impact of climate change on the oceans, including the potential impact of sea level rise on the scope of claims to maritime zones. The conference covered critical analysis on a range of important and frequently increasingly pressing contemporary law of the sea issues.

The importance of straits, particularly those used in international navigation, has been long recognized in international law. One of the important debates during the Third United Nations Law of the Sea Conference concerned the regime of passage through straits used in international navigation. The result was the creation of a multi-tiered legal framework of passage that included the entirely a new “transit passage” regime. Although over thirty years have passed since the adoption of the 1982 United Nations Convention of the Law of the Sea, the vital role played by straits in the global communications network continues to be surrounded by conflicts between the interests of coastal states and shipping. Challenges still exist to achieving the simultaneous global goals of secure passage of vessels and protection of the marine environment.

INSTITUTIONS AND REGIONS OF OCEAN GOVERNANCE ocean regions, and the nature and functions of institutions that implement the legal order of the oceans. Speakers also gave nuanced analysis of the International Tribunal for the Law of the Sea as a key actor in the institutional and regime structure. Other experts contributed timely analysis of specific ocean uses in the context of implementation of “soft” and “hard” law. Piracy, global warming and ecosystem challenges, geo-engineering, control of pollution in shipping operations, Seabed Authority policy, and performance of the UN Regional Seas Programme were among key issues in both their regional and legal dimensions. Also considered in depth were law, ocean policy, and the operation of international organizations in Northeast Asia, Latin America, the Indian Ocean region, the African coastal areas, and the Arctic.

Co-sponsored with Inha University (Korea) and the University of Hawaii

The conference focused on maritime boundary delimitation, claims to the extended continental shelf, procedures and decisions of the International Tribunal for the Law of the Sea, military activities in the exclusive economic zone, piracy, fisheries management, marine protected areas, the rights of indigenous peoples, global climate change and other issues of maritime scientific research.

CHANGES IN THE ARCTIC ENVIRONMENT

Co-sponsored with the Center for Oceans Law and Policy (COLP), University of Virginia

While the Arctic Ocean has long been covered with ice, recent changes in climate have caused the ice to melt, spurring both conservation challenges to the region’s environment and biodiversity, as well as new opportunities for navigation and natural resource development.

Topics covered at the conference include political context and scientific background, marine transport, environment and biodiversity, in addition to offshore petroleum and the status of Spitsbergen. Co-sponsored with the Environmental Law Institute

Also see the program from this conference.

A HALF CENTURY AFTER THE GENEVA CONVENTIONS Topics covered at this conference included: the heritage of colonialism and imperialism in relation to territorial disputes and maritime questions; maritime question in North Korea and the Law of the Sea; procedures followed in International Tribunal for the Law of the Sea and other international adjudicative bodies; maritime boundary delimitation and the cooperative management of trans boundary resources; and the history of the maritime disputes resolution during the past five decades.

Also see the program from this conference.

LAW OF THE SEA IN THE GULF OF MEXICO AND CARIBBEAN: UNRESOLVED ISSUES AND CHALLENGES

The conference covered emerging energy issues in the G

ulf of Mexico, Western gap and trans boundary resources in the ultra-deepwaters of the Gulf of Mexico, maritime boundary problems in the Caribbean, biodiversity, fisheries issues, and ecosystem management among many other topics.

TOWARDS A FRAMEWORK FOR THE NEW ORDER OF THE SEA

The main issues that were addressed at this confere nce were: territorial disputes over islands, maritime boundary delimitation, the settlement of maritime disputes, and regional issues and prospects. These issues are both important and timely, since the resolution of territorial and maritime delimitation disputes is critical to maintaining regional stability in East Asia and other regions around the world.

OCEANS IN THE NUCLEAR AGE

Co-sponsored by Office of the Dean, Berkeley Law; the California Sea Grant College Program; the Institute for International Studies, UC Berkeley; the Sho Sato Program in Japanese and US Law, UC Berkeley; and the UC Marine Council, UC Office of the President This conference examined the legacies and future implications of the nuclear age for the oceans. Topics such as nuclear waste, ocean testing, and security concerns were discussed.

Co-sponsored with School of Marine Affairs, University of Was The conference covered topics regarding the North Pacific Fisheries Convention, scientific cooperation in the North Pole, Russian policy, and other issues of regional cooperation.

Year of the Ocean Co-sponsored by the Luso-American Development Foundation (Portugal); the Institute for International and Area Studies, UC Berkeley; the Portuguese Studies Program, UC Berkeley; the California Sea Grant College Program; and the Center for the Study of Law and Society, UC Berkeley