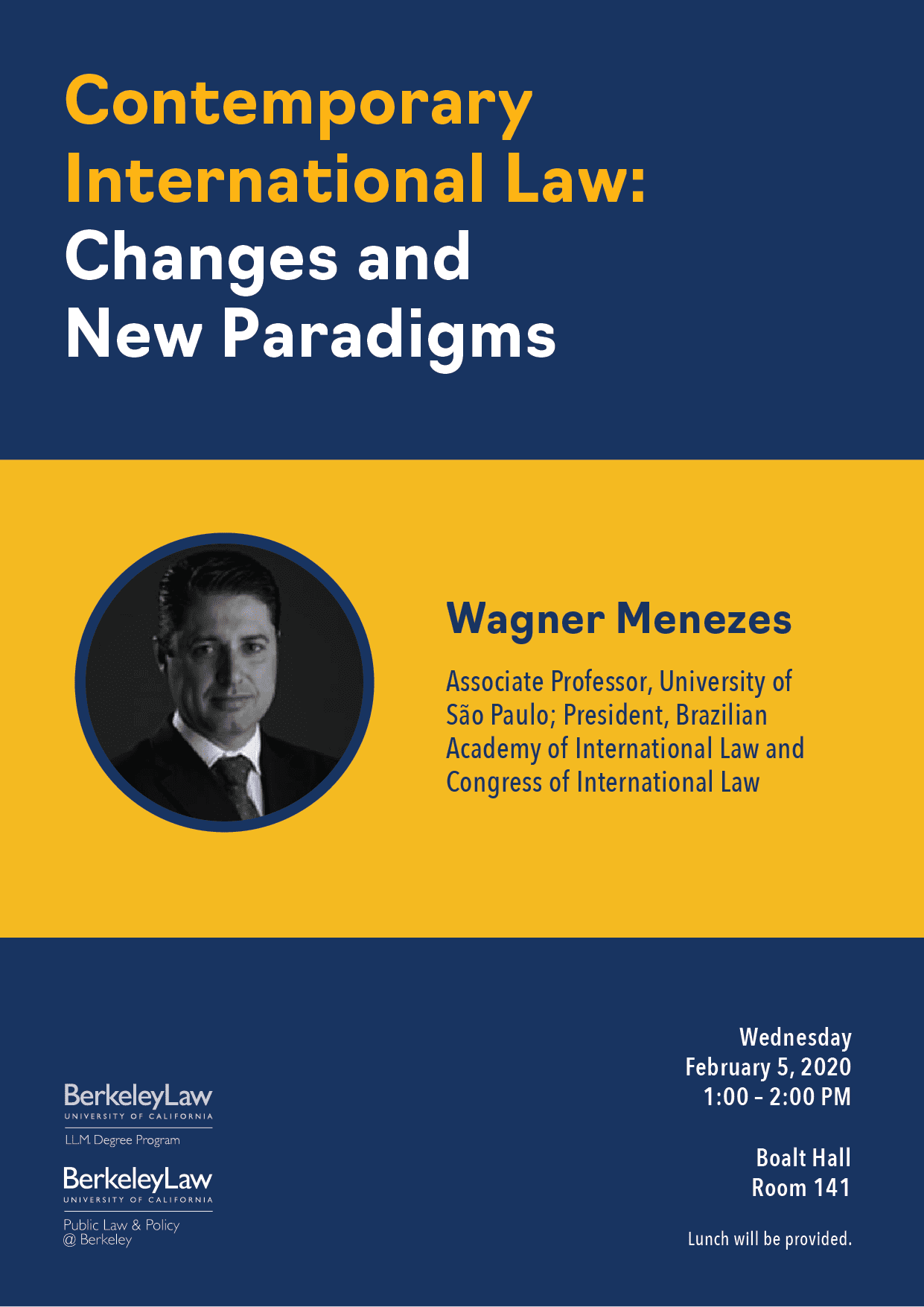 Co-sponsored by the LLM Degree Program

On Wednesday, February 5, Professor Wagner Menezes—a distinguished Fulbright visiting scholar in the Public Law and Policy Program—delivered a presentation titled, “Contemporary International Law: Changes and New Paradigms.” Approximately 40 JD, LLM, and JSD students attended the event, which focused on the doctrine of international law and how it is both interpreted and applied to the real world.