The Crisis of the Two Constitutions | Charles R. Kessler

American politics grows embittered because it is increasingly torn between two rival constitutions, two opposed cultures, two contrary ways of life. American conservatives rally around the founders’ Constitution, as amended and as grounded in the natural and divine rights and duties of the Declaration of Independence. American liberals herald their “living Constitution,” a term that implies that the original is dead or superseded, and that the fundamental political imperative is constant change or transformation (as President Obama called it) toward a more and more perfect social democracy ruled by a Woke elite.

Crisis of the Two Constitutions details how we got to and what is at stake in our increasingly divided America. It takes controversial stands on matters political and scholarly, describing the political genius of America’s founders and their efforts to shape future generations through a constitutional culture that included immigration, citizenship, and educational policies. Then it turns to the attempted progressive refounding of America, tracing its accelerating radicalism from the New Deal to the 1960s’ New Left to today’s unhappy campus nihilists. Finally, the volume appraises American conservatives’ efforts, so far unavailing despite many famous victories, to revive the founders’ Constitution and moral common sense. From Ronald Reagan to Donald Trump, what have conservatives learned and where should they go from here?

Along the way, Charles R. Kesler argues with critics on the left and right, and refutes fashionable doctrines including relativism, multiculturalism, critical race theory, and radical traditionalism, providing in effect a one-volume guide to the increasingly influential Claremont school of conservative thought by one of its most engaged, and engaging, thinkers.

Charles R. Kessler is a Senior Fellow of the Claremont Institute, Editor of the Claremont Review of Books, host of Claremont’s The American Mind video series, and the Dengler-Dykema Distinguished Professor of Government at Claremont McKenna College. 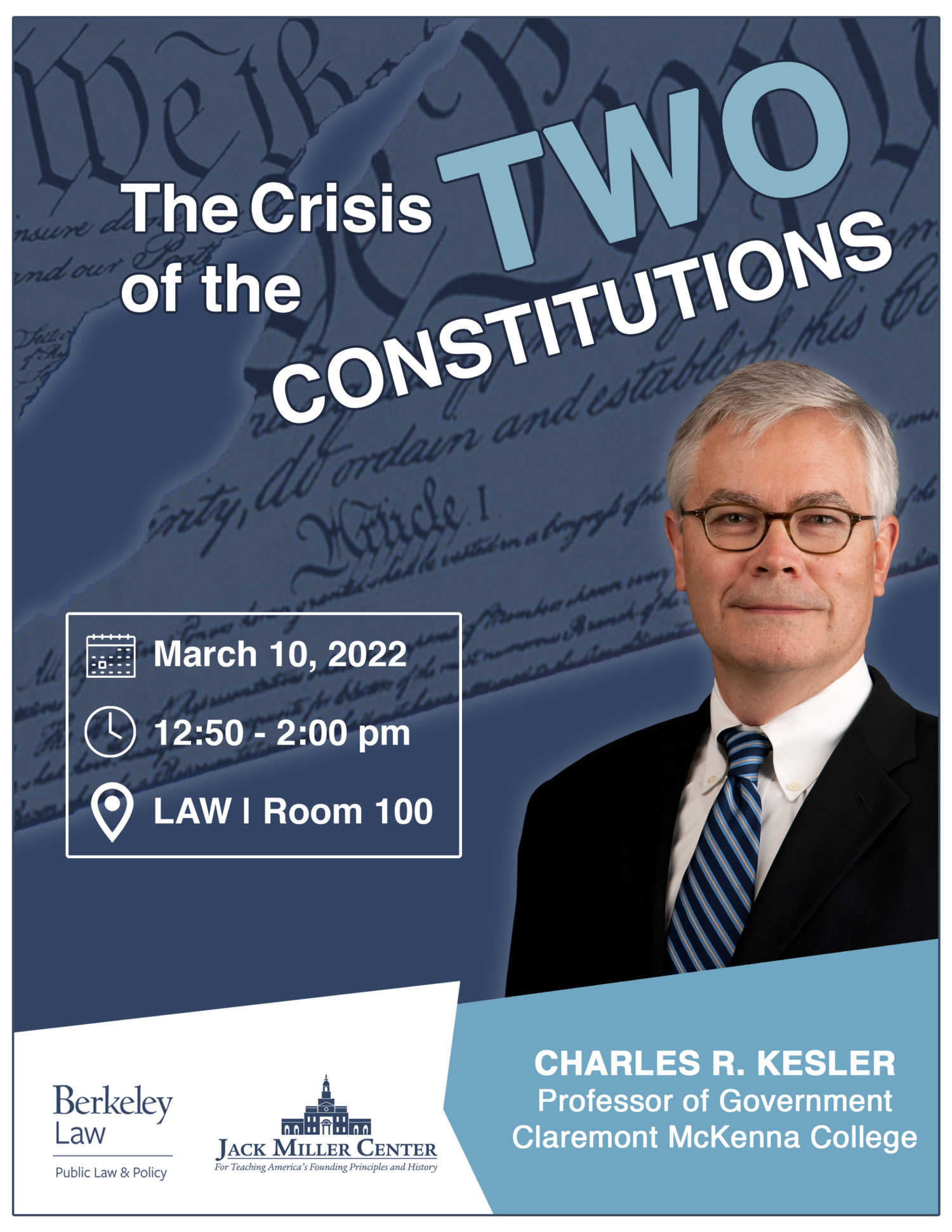