The Legal Process and the Promise of Justice: A Conference to Honor the Work of Malcolm M. Feeley Co-sponsored by the Office of the Dean, Berkeley Law; the Division of Social Sciences; the Jurisprudence & Social Policy Program; the Berkeley Institute for Jewish Law and Israel Studies; the Sho Sato Program in Japanese and US Law; and the Institute for Legal Research

The scholarship of Malcolm Feeley, Claire Sanders Clements Dean’s Professor of Law, was honored in a two-day program, which included many of his colleagues, students, and co-authors from Berkeley and around the world.

THE EXPERIENCE OF VETERANS IN AMERICAN SOCIETY

Co-sponsored with the Jefferson Lectures Series

The Institute for Legal Research organized a forum on “The Experience of Veterans in American Society” as an informal follow-up to the February 2nd Jefferson Lecture by historian James Wright, president emeritus of Dartmouth College.  The forum featured speakers with past and current military experience and from the fields of law, history, political science, and medicine.

The Institute for Legal Research organized two events in connection with Constitution Day (September 17), the national celebration of the signing of the US Constitution.

CIVIL RIGHTS AND CIVIL LIBERTIES: THE CONSTITUTION IN CRISIS TIMES TECHNOLOGY, DEMOCRACY, AND THE LAW 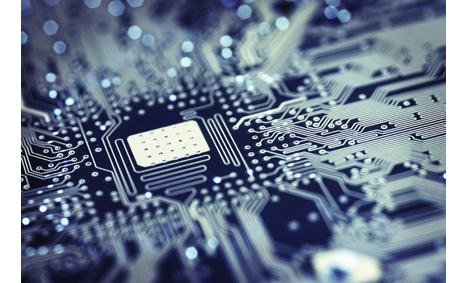 Co-sponsored with the Jefferson Lecture Series

This forum featured a talk by Professor Steven Usselman of the School of History, Technology, and Society at the Georgia Institute of Technology.  Professor Usselman specializes in the history of technology and American political economy.  His book, Regulating Railroad Innovation:  Business, Technology, and Politics in America, 1840-1920 (Cambridge University Press, 2002), won the Ellis W. Hawley Prize from the Organization of American Historians and the Hilton Prize in railroad history.  He also served as the president of the Society for the History of Technology from 2007-2008.

COURTS, POLITICS, AND THE MEDIA

This forum on the interplay of courts, politics, and the media showcased several nationally prominent journalists, including Linda Greenhouse, formerly of the New York Times, where she served for 30 years as the nation’s foremost reporter covering the US Supreme Court.  Other speakers included Judge William A. Fletcher of the US 9th Circuit Court of Appeals and member of the UC Berkeley faculty; Emily Bazelon, a legal writer for Slate.com; Henry Weinstein, legal reporter and analyst for the Los Angeles Times until his recent retirement; and Gordon Silverstein, a professor in UC Berkeley’s Political Science Department.  The forum also featured a panel of specialists, including Berkeley Law professors Goodwin Liu and Jesse H. Choper, and Molly Selvin, a legal historian and former reporter and editorial staff member on the LA Times, who is interim dean of the Pardee RAND Graduate School.

Co-sponsored with the William Boyd School of Law, University of Nevada, Las Vegas

Scholars from England, Israel, Japan, and the United States met at Boalt Hall to deliver and discuss papers at a symposium on “Law, War, and History.”  Presentations from the conference were published in 2008 as a special issue of the Law and History Review, the official journal of the American Society for Legal History, and includes revised conference papers on international law from ancient to modern times.

Governing and Living in a Time of Terror: Law Beyond 9/11

Boalt presents Governing and Living in a Time of Terror: Law Beyond 9/11, a unique conference for our faculty, alumni, staff and students along with UC Berkeley faculty. The event, organized by Professor David Caron and David Kaye (’95), inaugurates a long-term research initiative on areas of law and policy influenced by the September 11 attacks. EARL WARREN AND THE WARREN COURT: A FIFTY-YEAR RETROSPECT