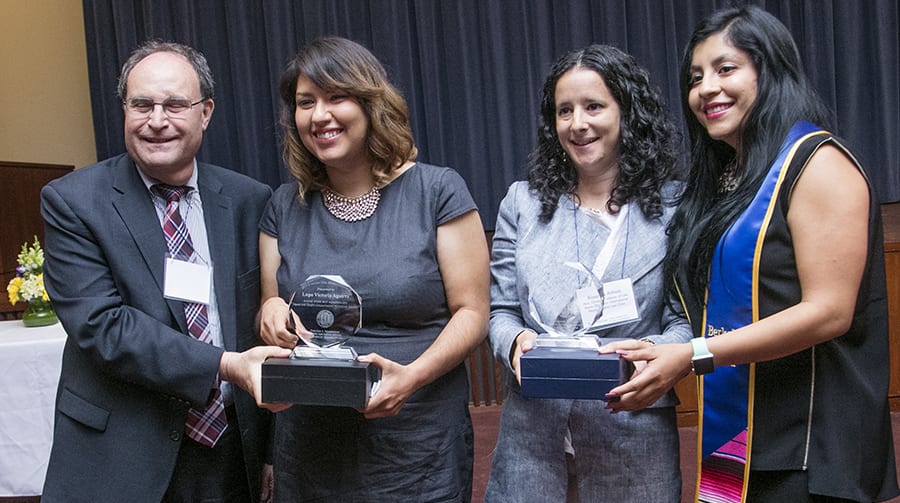 The Francine Diaz Award is conferred each year on a graduating student whose studies and career plans best reflect Francine’s commitment to social justice for women of color. Established in 1987, this award serves to memorialize Francine Diaz’s commitment to social justice through legal services and advocacy. Diaz, a member of the class of 1987, was tragically killed in a car accident while returning home from the Boalt Hall Employment Discrimination Clinic, where she was working. During her first year at Berkeley Law, Diaz was a member of the La Raza Students Association, serving on its steering committee and as treasurer. She was also active in the Migrant Legal Services program. Outside Berkeley Law, Diaz sat on the board of Centro Legal de la Raza, a community law firm serving San Francisco’s Mission District.

Established by Diaz’s family and friends, the Award is given to a candidate who has shown commitment to social justice through their work experience, their involvement with organizations concerned with social justice, their course selection at Berkeley Law, and their career plans. After nominations have been received, the chosen students then submit a personal statement outlining their qualifications. A committee comprised of Berkeley Law faculty members and several friends of Diaz review the applications and selects a recipient.