Professor Franklin Zimring sees cold data as the best way to assess the hot-button issue of police use of lethal force. Accessing that data, however, is a daunting task thanks to what he calls the “scandal” of incomplete and unreliable information.

“It’s essentially voluntary in terms of when the police turn in this data,” says Zimring, who recently released a major report on killings of and by police. “And when it is sent, it’s not carefully classified.”

One of the nation’s leading criminologists, Zimring studied police records spanning 35 years with co-author Brittany Arsiniega, a Berkeley Law doctoral candidate. At times, the information gaps were so wide they were forced to scour Wikipedia to find cases.

“What we need is one national repository of data on fatal use of force by police officers,” Zimring said. “This would require an audited reporting system and careful investigation by police departments in tracking instances of using deadly force.”

The report, which will be published in the Ohio State Journal of Criminal Law this fall, found a 75-percent drop in the number of U.S. police officers killed on the job between 1977 and 2012, and a 30-percent decline in the number of citizens killed by police.

Nevertheless, calls for greater police accountability—and data clarity—have crested in the wake of officers fatally shooting unarmed African Americans in Missouri, New York, and Ohio. Zimring and Arsiniega found that of the citizens killed by police, 38 percent were African American—three times their proportion in the population.

U.S. data on killings by police comes from the National Institutes of Health, which receives information from local health officials and county coroners, and the FBI, which receives homicide reports from city police departments and county sheriffs’ offices.

“The good news is both reporting programs say there are about 400 killings a year by police in this country,” Zimring says. “The bad news is they’re not the same 400, and there are also all kinds of problems with both data sets.”

In December, mounting frustration about the uncertain scope of police actions sparked Senate approval of the Death in Custody Reporting Act. Approved by President Obama, the law requires states to report each year how many people die while in police custody or during the course of an arrest. Many experts, however, are skeptical. 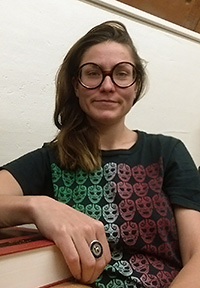 “The law won’t be that effective because a lot of killings happen before people are actually detained or arrested,” Arsiniega noted. “There should be mandatory reporting for all citizens killed by police officers—before, during, and after being detained.”

While he understands  the outcry over recent grand jury rulings not to indict officers who fatally shot unarmed victims, Zimring cautioned that criminal law is a poor tool for reforming police behavior.

“It’s almost impossible to get a criminal conviction,” he explained. “We stack the deck on criminal liability in the U.S. by requiring proof beyond a reasonable doubt, and then it’s a subjective issue whether the officer in question reasonably believed a given threat warranted the use of deadly force.”

“If the chief will penalize you for shooting when you don’t have to, that administrative action, along with training around proper and cautious police responses, will more effective,” he said. “There are probably 100 killings of citizens a year where a less life-threatening response than to shoot and keep shooting would better serve the safety of the officer and the citizen.”