The iconic image of a writer pecking away at an old typewriter is as quaint as the rotary phone. The digital age enables writers to write when and where they choose, and it has also revolutionized publishing. There are more ways to publish a book than ever before: e-books with enhanced interactivity, print on demand, video adaptations, and so on.

But many authors can’t take advantage of these new technologies—their hands are tied because they’ve handed over their copyrights to publishers. Writers can feel trapped by contracts signed before electronic publishing was so ubiquitous.

Take Nobel Laureate Dr. Harold Varmus, an author of over 300 scientific papers and five books. He wanted to offer a free electronic version of his memoir. It seemed easy; it was his book, after all. But he was blocked—he’d given his publisher exclusive rights.

Even writers who don’t want an electronic copy often regret giving up their rights once their books fall out of print or sales drop. 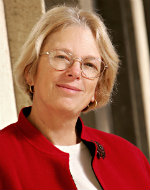 The alliance provides a voice—and legal tools—for authors eager to get their rights back, known as “rights reversion.” The group’s membership has grown to 500 since its launch—and includes academics, biographers, historical fiction writers, and documentary filmmakers. Its advisory board includes a Poet Laureate of the United States, two Nobel Laureates, and three MacArthur Fellows.

Writers with literary agents may find it less daunting to negotiate with publishers, but it can be intimidating to do alone. So the alliance is producing a new self-help guide to empower authors to do just that.

“Understanding Rights Reversion,” co-authored by students at Berkeley Law’s Samuelson Law, Technology & Public Policy Clinic, will be out this month. It’s the first guide of its kind, according to Brianna Schofield ’12, a research and policy fellow who supervised the project.

Nicole Cabrera ‘16 and Jordyn Ostroff ’16 interviewed roughly twenty publishers and literary agents, ranging from a CEO of major publishing house to contracts and rights managers of trade and academic presses; as well as novelists and academic authors.

“We were very touched by authors’ experiences trying to get their books back in print, or otherwise available to the public,” Cabrera wrote in an email. “So often, authors don’t know whether their contracts include reversion clauses, let alone how to exercise them. Helping authors understand their legal rights was very motivating.”

Both students said the most surprising finding was the publishers’ positive responses—across the board.

“Publishers told us that they want to work with their authors as a team and that they are willing to negotiate reversion of rights if it’s in the books’ best interests,” according to Ostroff, who once worked at a literary agency. She said she was partly driven to come to law school after watching “authors and publishers struggle with how to deal with the changing technologies.”

Many authors signed away copyrights to their books years ago. “Most often those books are commercially available for the first few years after they’re published, but then linger on publisher backlists,” Samuelson said. “In later years, when neither the publisher nor the author is making money from the books, the work is no longer promoted, and the public can’t access them. Getting rights back from the publisher is not only feasible, but also necessary to bring the work to a new audience.”

Samuelson and alliance co-founders are holding a lunch discussion, Preserving Our Intellectual Legacies in the Digital Age, on Thursday, April 9, from 12:00 p.m. to 2:00 p.m. in 220 Stephens Hall, co-sponsored by the Townsend Center for the Humanities. Topics will include: reclaiming copyrights from publishers, the role of “fair use” in preserving works, open access publishing, and the new guide. Leonard will also discuss campus library resources that can help preserve authors’ works.

For more information about the rights reversion guide for writers, contact info@authorsalliance.org.