Jessica Caplin (JD ‘16) and Ivana Stradner (JSD ‘16) are the 2016 recipients of the Miller Institute-American Society of International Law Student Fellowship.  The Fellowship, established in 2012, funds the participation of a Berkeley Law student to attend the annual meeting of the American Society of International Law (ASIL) in Washington DC. This year, in collaboration with Berkeley Law’s Advanced Degree office, we are able to sponsor one student from the JD program and one student from the LLM/JSD program to attend the 2016 meeting.

Jessica is Co-Director of the International Refugee Assistance Project (IRAP). She is currently working with the Human Rights Center on a project investigating trafficking of urban refugees in the Middle East, Africa, and Asia.

Ivana’s major legal interest concerns the amalgamation of international law and international security – a result of global, European, regional and local issues which influenced her while growing up in Serbia. After finishing her JSD, she plans to return to Serbia to teach international law and establish the Legal Clinic for National Security Law. Professor Roxanna Altholz and the International Human Rights Law Clinic have won a remarkable ruling from the DC Circuit, instructing the District Court to reconsider its August decision denying the family of Colombian murder victim Julio Henriquez victim status under the Crime Victims’ Rights Act (CVRA). The pathbreaking DC Circuit ruling instructs the lower court:  that the CVRA victim status can rest on actions beyond those specified in an indictment; while the offense must be a “but-for” cause of the harm suffered by the victim it need not be the only cause; and that the victim’s family need only prove that the murder was connected to the overall conspiracy to manufacture and distribute cocaine, rather than that it was linked to the import of specific, identified coca. The case now returns to the district court for reconsideration of whether Henriquez’s family should be granted victim status for purposes of upcoming proceedings, including sentencing.

The Miller Institute has just released its annual report for the academic year 2014-2015. 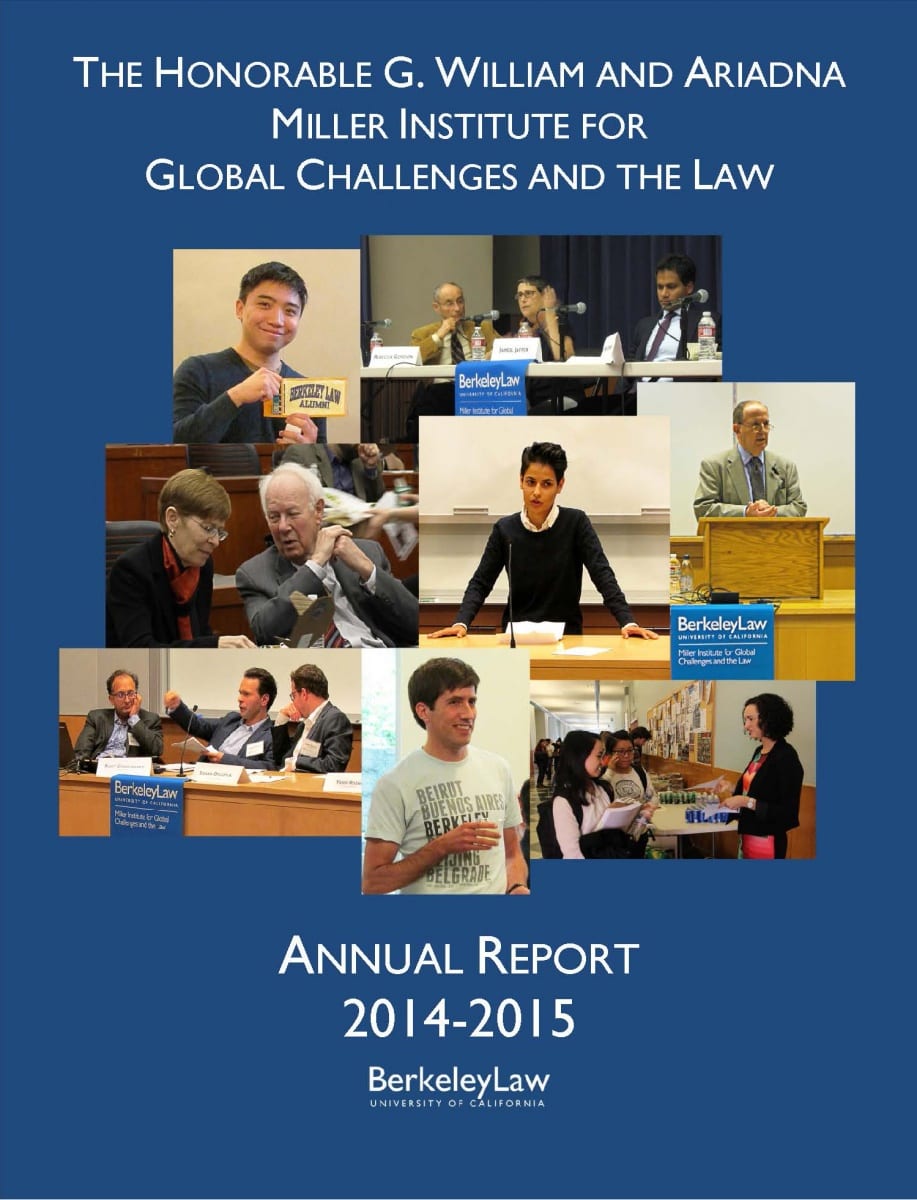 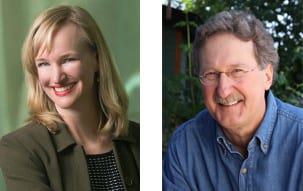 Laurel Fletcher’s paper, “Transitional Justice and the Demise of State Accountability,” has been selected through a blind peer review process for presentation at this fall’s American Society of International Law research forum. The award was presented on April 6 as part of the annual Riesenfeld Symposium, organized by the Berkeley Journal of International Law (BJIL) and sponsored by the Miller Institute for Global Challenges and the Law. The symposium began with a panel discussion highlighting the role of international courts in resolving today’s most prominent international disputes and whether the courts are the most effective means by which to resolve these conflicts.

Judge Donoghue has been a member of the ICJ since 2010, and is only the third woman elected to be a member of the Court. Before joining the court, she served as the Principal Deputy Legal Advisor at the US Department of State.

The Miller Institute for Global Challenges and the Law established the Miller Institute-American Society of International Law Student Fellowship in 2012 to fund the participation of a Berkeley Law student to attend the annual meeting of the American Society of International Law in Washington, DC. This year, in collaboration with Berkeley Law’s Advanced Degree Programs Office, we were able to sponsor a student from each of the three curriculum programs (JD, LLM, and JSD) to attend the 2015 meeting.

Students interested in applying for the 2016 Student Fellowship should refer to the Fellowship page.

Berkeley Law is an Academic Partner of the American Society of International Law.

Gaining a Global Perspective: The Law and Politics of Turkey

Jamie O’Connell, Lecturer in Residence and Miller Institute Senior Fellow, led a group of six Berkeley Law students on a trip to Turkey in March 2015 where they interviewed more than two dozen Turkish politicians, jurists, and human rights advocates.  It was all part of his course on “The Law and Politics of Turkey:  Contemporary Issues.”  According to Professor O’Connell, “Turkey presents a significant case study for law students interested in international issues.”  Often seen as a bridge between Europe and the Middle East, Turkey is an economically advanced democracy on the front lines of the civil war in Syria and the struggle against the brutal Islamic State there and in Iraq.

Before the trip, the students researched the backgrounds of the interviewees and drafted in-depth interview questions on women’s rights, democratization, the role of the military in politics, and the treatment of ethnic minorities. One student was designated to lead each meeting. “One of the skills the students developed was how to orchestrate discussions with senior professionals to get the information and analysis they needed,” Professor O’Connell said. “That skill is important in many professional contexts, such as investigative interviewing for legal cases.”

UC Berkeley is ranked number nine in International Law programs according to US News and World Report’s 2015 America’s Best Colleges report. Berkeley is one of only two public law schools in the top ten for international law, and the only one in the western United States. This stellar showing marks the success of our International Law Certificate Program, and recognizes our superb students and distinguished faculty, whose world-class research and scholarship shapes the dialogue on transnational opportunities and threats.

Guneet Kaur (LLM ’14) and her work with the Jagdalpur Legal Aid Group (JagLAG) was featured in a March 1, 2015 article in the New York Times. The NGO, founded in 2010, provides legal aid to the indigenous peoples in the state of Chhattisgarh, and “operates on a shoestring budget comprising [of] scholarships, donations, and personal savings.” Guneet, who earned her LLM and Certificate of Specialization in International Law from Berkeley Law in 2014, is one of four attorneys on the staff of JagLAG.

Sujit Choudhry, Berkeley Law Dean and Interim Faculty Director of the Miller Institute, the Trailblazer Award from the South Asian Bar Association of Southern California’s Public Interest Foundation. The award “recognizes the achievements of pioneering attorneys who have led the way for South Asians in the profession.”