On September 9th, Professor Robert P. Merges from UC Berkeley Law School gave a lecture describing the intersection of the Patent Law, Economic Development and Global Economy of 2015 at SNU Law School. “The patent law plays a critical role in protecting the innovation of small businesses more than ever before, given that such innovation has been the main driving force behind the current economic growth we see today,” said Professor Merges, whose expertise lies within intellectual property rights. He added, “Patent laws will ultimately uphold the spread of revolutionary ideas and relocation of commodities.” 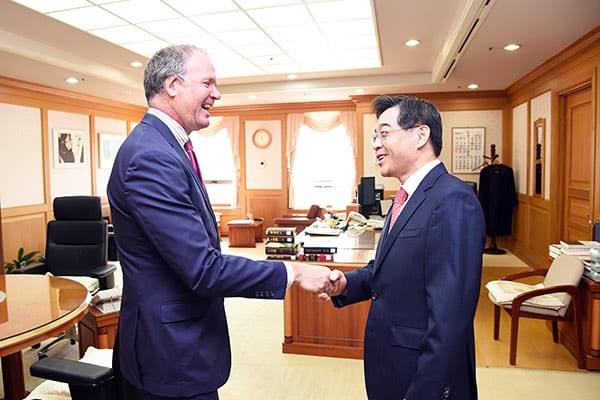