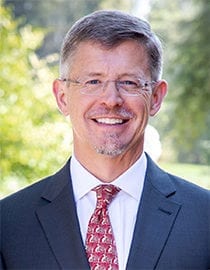 William S. Dodge is Martin Luther King, Jr. Professor of Law at UC Davis School of Law. He is a leading expert on international law, international transactions, and international dispute resolution. Professor Dodge served as Counselor on International Law to the Legal Adviser at the U.S. Department of State from 2011 to 2012 and as Co-Reporter for the American Law Institute’s Restatement (Fourth) of Foreign Relations Law from 2012 to 2018. He is currently a member of the State Department’s Advisory Committee on International Law and an Adviser to the American Law Institute’s Restatement (Third) of the Conflict of Laws.

Professor Dodge is co-author (with Detlev Vagts, Hannah Buxbaum, and Harold Koh) of the casebook Transnational Business Problems (6th ed. Foundation Press 2019) and co-editor (with David Sloss and Michael Ramsey) of International Law in the U.S. Supreme Court: Continuity and Change (Cambridge University Press 2011), which won the American Society of International Law’s 2012 certificate of merit. He has more than 50 other publications in books and law reviews, including the Columbia Law Review, the Duke Law Journal, the Georgetown Law Journal, the Michigan Law Review, and the Yale Law Journal. His articles have been cited more than 30 times in court opinions, including four times by Justices of the U.S. Supreme Court.

Professor Dodge teaches International Business Transactions, International Litigation and Arbitration, and Contracts. He has won the Rutter Distinguished Teaching Award both at UC Davis and at UC Hastings, where he was previously Roger J. Traynor Professor of Law.