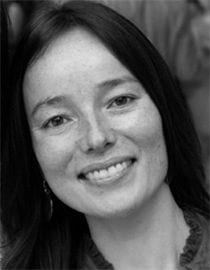 Kim Thuy Seelinger is the Director of the Sexual Violence Program at the Human Rights Center. At Berkeley Law, Seelinger teaches courses on refugee law and sexual violence related to armed conflict; she also serves as the founding supervising attorney for the International Human Rights Workshop. Seelinger is frequently invited to provide technical support in national and international war crimes trials. She also advises at the policy level, including as a member of the UN High Commissioner for Refugee’s Advisory Group on Gender, Forced Displacement, and Protection and contributor to global guidance such as The International Protocol on the Documentation and Investigation of Sexual Violence in Conflict.

Seelinger’s writing has appeared in publications including the Columbia Human Rights Law Review, California Law Review (Online), International Review of the Red Cross, The Washington Post, The Guardian, Foreign Affairs, and the World Policy Journal. She is currently co-editing a book on historic trial of Hissène Habré, former president of Chad.

Prior to coming to Berkeley, Seelinger co-taught the Refugee and Human Rights Clinic at UC Hastings and worked as a staff attorney and Kirkland & Ellis Public Interest Fellow at Lutheran Family & Community Services in New York City, where she focused on post-9/11 deportation defense and asylum cases.