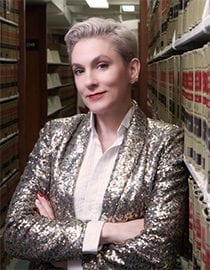 Cynthia has over 20 years’ experience as a social entrepreneur, activist, academic and attorney. She co-founded and built several innovative social justice organizations, including Critical Resistance, Justice Now, and the Eviction Defense Center. She has coached dozens of social entrepreneurs in building seminal ventures, as well as law practices. As an attorney, her practice is equally innovative: when law does not allow the relief she seeks for her clients, she changes it. For example, she helped create the compassionate release legal process in CA and nationally, allowing a statutory mechanism for releasing people dying in prison. Cynthia spent much of the last 10 years documenting California’s illegal policy of coercive sterilization of women in prison through 2012, and drafting successful ameliorative legislation to stop this abuse. Cynthia maintains a legislative practice, contributing to key legislation aimed at shrinking imprisonment. Cynthia regularly publishes, lectures, and provides legislative testimony on issues related to prison industrial complex abolition, access to justice, and healthcare and reproductive rights in prison. Before teaching at Berkeley Law, Cynthia taught at Northeastern University School of Law and Golden Gate University School of Law.

Cynthia is the mother of two activists. She learns from them daily.