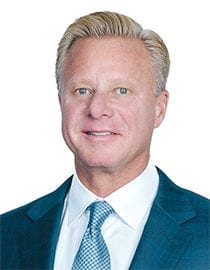 Greg was born and raised in Southern California, where he attended Pepperdine University, receiving his B.S. in Business Administration. He subsequently received his J.D. from renowned University of California at Berkeley School of Law, where he now teaches courses on sports law, representing professional athletes and negotiations. Prior to entering the sports industry, he practiced with leading national law firms as a trial attorney and also negotiated multi-million-dollar transactions on behalf of emerging growth and Fortune 500 companies.

Greg has spent the last 15+ years as one of the leading sports agents in the world and just launched the brand new GEM Agency, a boutique agency catering to professional athletes. Greg also founded the Legacy Sports Group and built it into one of the leading sports agencies in the world, serving as its president and lead negotiator from 2004 until 2018. During that span, Genske negotiated over $4 billion in player contracts, including CC Sabathia’s then record-setting deal for a pitcher, putting him at or near the top of MLB certified agents.  In 2009, he was named to Sports Business Journal’s prestigious Forty Under 40 list, and, more recently, for four years running (2015-18), he has been named as one of the most powerful sports agents in the world by Forbes.