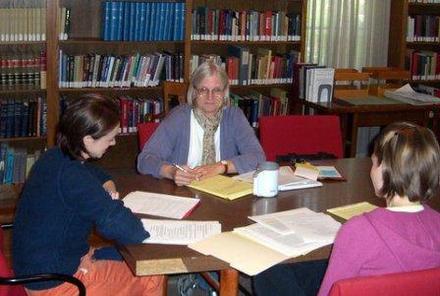 Before joining the Boalt faculty and the UC Berkeley Department of Sociology in 1986, Kristin Luker taught in the sociology department at UC San Diego (UCSD) for 11 years. In 1993-94, she visited at Princeton University as the Doris Stevens Professor of Women’s Studies and Professor of Sociology. Luker was apponted to the Elizabeth Josselyn Boalt Chair in 2006.

She has received several awards, including Ford and Guggenheim fellowships, a National Endowment for the Humanities fellowship and the Outstanding Faculty Award from the Alumni Association of UCSD. In 1997 she was elected to the American Academy of Arts and Sciences. In 1993 she was chosen as one of three sociologists to meet with President Clinton to discuss “issues confronting the nation,” and in 1994 the White House solicited her testimony on teenage pregnancy.

Luker is the author of Abortion and the Politics of Motherhood (which received the Cooley Award and was nominated for a Pulitzer Prize) and Taking Chances: Abortion and the Decision Not to Contracept. Her book, Dubious Conceptions, published in 1995, was selected as New York Times Notable Book of the Year. She has now recently published her fourth book, When Sex Goes to School: Warring Views on Sex — and Sex Education — Since the Sixties, which is about sex education controversies in the United States.

Professor Luker’s faculty profile, bio, and other information can be found here.