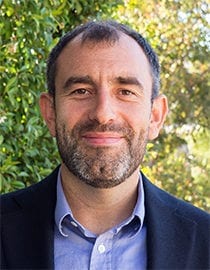 Asa Solway is a co-founder of UpRights, an independent non-profit organization based in The Hague which promotes justice for victims of international crimes and serious human rights violations through the application of international law.

Prior to forming UpRights, Asa worked in The Hague, Kosovo, Ukraine and Sierra Leone on a variety of subjects including access to justice, international human rights law, international humanitarian law and international criminal law. With the United Nations, he served as a legal officer working with parallel legal structures in northern Kosovo. With the Organization for Security and Co-operation in Europe, he served as a Senior Legal Adviser to the OSCE High Commissioner on National Minorities and, separately, as the Rule of Law Adviser to the Special Monitoring Mission to Ukraine where he drafted the report Access to Justice and the Conflict in Ukraine. He has also worked with international criminal tribunals including as the principal adviser to the Registrar of the Residual Special Court for Sierra Leone and as a legal officer to Judges of the Appeals Chamber of the International Criminal Tribunal for the former Yugoslavia.

Asa graduated from the UC Berkeley School of Law and is a member of the State Bar of California.