The Bay Area has the unfortunate distinction of being a hub for international and domestic human trafficking. As one of 22 Student-Initiated Legal Services Projects (SLPS), the Boalt Anti-Trafficking Project (BATP) works to confront and combat labor and sex trafficking in California. Launched in the fall of 2012, the project partners with local anti-trafficking organizations to provide legal services to domestic and international trafficking survivors through two primary efforts: the T-Visa Manual Project and the Juvenile Hall Project.

The T-Visa Manual Project is a practice guide developed by students alongside attorneys from the Asian Pacific Islander Legal Outreach’s (APILO) anti-trafficking division. T-Visas are given to international trafficking victims so they can stay in the country. Pro bono lawyers interested in working with survivors to secure T-Visas are challenged because the work requires “a great deal of time and expertise. A case can last three to five years and it can be hard for pro bono lawyers who are unfamiliar with the area of law,” explained second-year student Mindy Phillips, the T-Visa Project chair and co-chair of BATP.

Legal needs of international trafficking survivors may include legalizing immigration status via a Green Card or citizenship, bringing survivors’ children to the U.S., pursuing criminal or civil law suits against traffickers, and handling family law matters such as guardianship or divorce (sometimes victims are married to their traffickers). Lawyers can also assist in securing access to social services like housing, medical and mental health support.

Organizations like APILO are trying to expand legal services to survivors “but they have limited bandwidth,” Phillips said. “We’re seeking to provide them with a detailed, step-by-step manual so pro bono lawyers can more easily participate and be of assistance.” Since last year, 14 students have worked on the manual, which Phillips expects will be in pro bonos’ hands by the next school year.

For Phillips, who intends to practice immigration law, volunteering with the Anti-Trafficking Project allows her to work with a community-based organization “that’s doing great work on an important issue,” she said. “I get to collaborate with and learn from practitioners in the field and gain tangible skills in research and writing. And I get to improve the lives of trafficking survivors, an issue especially pertinent to the Bay Area.” 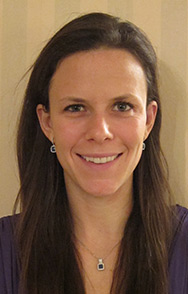 The other effort of BATP is the Juvenile Hall Project, which assists domestic sexually exploited children. Partnering with Oakland-based MISSSEY (Motivating, Inspiring, Supporting and Serving Sexually Exploited Youth), students have developed a “know your rights” prevention curriculum for girls in Alameda County Juvenile Hall who are victims of commercial sexual exploitation, or are at risk for future recruitment and exploitation.

The four-week curriculum, developed with the help of representatives from the Alameda County Public Defender and District Attorney’s offices, covers topics such as the definition of sexual exploitation and the concept of choice, Miranda rights, and barriers to exiting “the life.”  It also reviews how human needs can be met in a healthy way, and how to acquire resources such as a driver’s license, health care coverage, and pregnancy testing. In its rotation of Wednesday night classes, the project typically serves 10 to 15 girls, ages 13 to 17, in each four-week session.

Educating the girls, many of whom are foster children or chronic runaways, is an opportunity to treat trafficking survivors “as victims rather than offenders,” explained second-year student Cristina Liebolt, who developed part of the curriculum. “I hadn’t worked with this population before, and I’ve been amazed at their enthusiasm and love of live,” Liebolt said. “They have goals and dreams and a lot more positive energy than I was expecting. People might think the topic of human trafficking is depressing, but working on the project has been fun, and I’m enjoying building relationships with the girls. It may take years for the material to sink in, but we’re planting the seeds that will hopefully bloom.”