Colloquium on International Law and Politics

In this colloquium, participants will address some of the most challenging questions of international law and politics by studying the cutting-edge work of the field’s leading scholars. Each class meeting will feature a guest speaker who will present their research; subjects include issues in international trade, human rights, arbitration and litigation, and international legal theory. 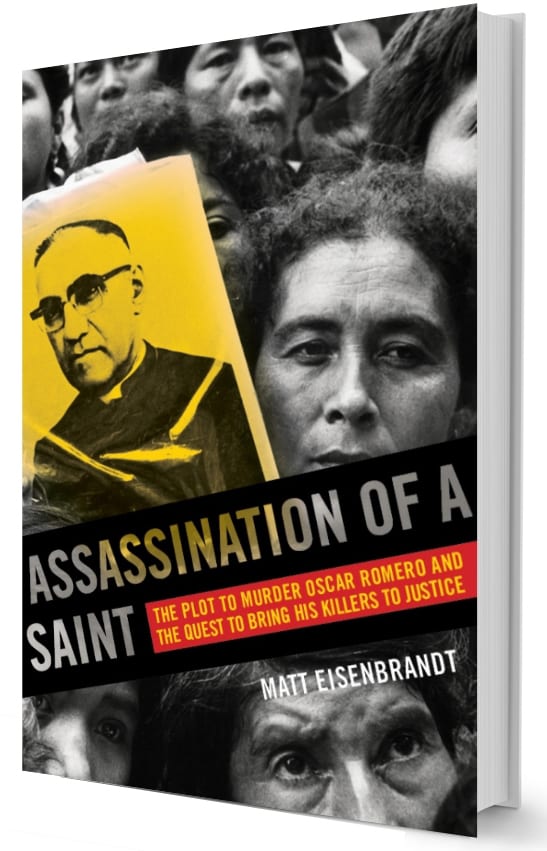 Book talk: Assassination of a Saint

Join us for a talk with author Matt Eisenbrandt about his book, Assassination of a Saint, about the death of El Salvador’s Archbishop Óscar Romero and the story of the international team of lawyers, private investigators, and human-rights experts that fought to bring justice for the slain hero more than two decades after his death.

Matt Eisenbrandt is a former Legal Director for the Center for Justice & Accountability (CJA), where he was a member of the trial team that brought Óscar Romero’s assassination to court.  While at CJA, Eisenbrandt was also involved in a federal trial in Tennessee against Nicolás Carranza resulting in a jury verdict finding Carranza liable for crimes against humanity in El Salvador. He is now the Legal Director of the Canadian Centre for International Justice (CCIJ). He has led CCIJ’s casework since 2008, helping survivors of torture, war crimes and other atrocities seek justice. Co-sponsored by the Institute of European Studies 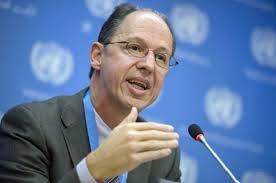 “Pursuing Truth and Accountability After Mass Violence: Is It Time to Revisit the Transitional Justice Paradigm?”

Pablo de Greiff was appointed by the UN Human Rights Council to serve as the first Special Rapporteur on the promotion of truth, justice, reparation, and guarantees of non-recurrence in 2012. He was renewed in 2015 and will hold the position until May 2018.

In January 2015 he was also asked to be part of UNIIB, a mission of Independent Experts to address the situation in Burundi. He is currently Senior Fellow and Director of the Transitional Justice Program at the Center for Human Rights and Global Justice of the School of Law at New York University. Prior to joining NYU, he was the Director of Research at the International Center for Transitional Justice from 2001-2014.

Workshop on “North-South Dialogue: Bridging the Gap in Transitional Justice”

This invitation-only workshop will bring together practitioners and scholars from the Global South and North to build an international network that will deepen our understanding of and contribute to a more inclusive transitional justice praxis. After the 2013 conviction of former dictator Efraín Ríos Montt for genocide was overturned, many observers feared that transitional justice efforts in Guatemala would peeter out. However, in early 2016, 18 high-ranking military officers were arrested for their role in several cases of enforced disappearance, massacres, and sexual violence. Since then, several of these cases have been sent to trial, igniting new hope that victims of grave human rights abuses can at last achieve truth and justice.

Dr. Jo-Marie Burt, a professor of political science at George Mason University and Senior Fellow at the Washington Office on Latin America (WOLA), has been monitoring these proceedings for International Justice Monitor. She will discuss the progress to date as well as the challenges facing transitional justice efforts in Guatemala.

Dr. Burt is currently a consultant for the Friends of the Forensic Anthropology Foundation of Guatemala (FAFG), which is dedicated to helping locate and identify the 45,000 people who were forcibly disappeared during Guatemala’s internal armed conflict. She has published widely on state violence, human rights, transitional justice, and social movements in Latin America. Dr. Burt is on the Advisory Board of the Peruvian Forensic Anthropology Team (EPAF) and the Luz Ibarburu Human Rights Observatory based in Uruguay. She has been a Fulbright Scholar, a researcher for the Peruvian Truth and Reconciliation Commission, and a visiting professor at the Pontifical Catholic University of Peru (PUCP).

This informal mixer will bring together current Berkeley law students with BJIL alumni and members from the broader Berkeley Law and Bay Area international law community. We will have attorneys from firms and non-profit organizations working in private and public international law. China was one of the first states to sign and ratify the UN Convention on the Rights of Persons with Disabilities (CRPD), adopted by the General Assembly in 2006. The treaty – characterized by many as a “paradigm shift” –  contains detailed provisions with far-reaching state obligations. It moves away from the medical model of disability and embraces the social model, recognizing that disability arises from environmental and attitudinal impediments rather than individual impairment. In particular, and probably more than any other core UN human rights treaty, the CRPD requires substantive equality. For example, the definition of discrimination includes the denial of reasonable accommodation; the right to equal recognition before the law means a right to legal capacity; and the right to education without discrimination demands “inclusive” education, prohibiting segregation in educational settings.

This talk will consider China’s reaction to these obligations and its engagement with the CRPD’s monitoring body, the Committee on the Rights of Persons with Disabilities. To what extent has China accepted the social model and disability rights as human rights? Has the CRPD influenced domestic law reform? The talk will also examine the role of civil society and the impact of the CRPD on advocacy in the Chinese context, based partly on discussions at workshops held in Hong Kong with Chinese non-governmental organizations, including disabled persons organizations (DPOs).

Kelley Loper is an Associate Professor and Director of the LL.M. in Human Rights Programme in the Faculty of Law at the University of Hong Kong. She teaches courses on equality and non-discrimination, international and regional protection of human rights, and international refugee law. 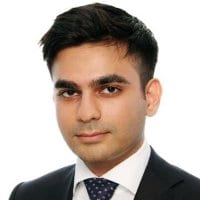 Boalt alumnus Jawad Ahmad currently works as a private law clerk to Judge Charles N. Brower in Washington, DC and is the Assistant Editor for Southeast Asia of the Kluwer Arbitration Blog.  Ahmad previously served as Judge Brower’s law clerk on the Iran-United States Claims Tribunal in The Hague. He has also gained international arbitration expertise in the private sector, at a renowned international arbitration law firm. Deadline for submitting application for Certificate of Specialization in International Law

For more information on the requirements for the certificate and an application, see the Certificate page.

Dr. Jacomijn van Haersolte-van Hof, Director General, London Court of International Arbitration, will join us to share her thoughts on the field of international arbitration, including careers and the promise and controversies surrounding the field.

Dr. van Haersolte-van Hof has been Director General at London Court of International Arbitration (LCIA) since 2014. She is admitted to the Bar of the Hague and served in a wide range of arbitrations administered by the International Chamber of Commerce, LCIA, Netherlands Arbitration Institute among others. She also served as counsel in Freshfields Bruckhaus Deringer as well as Rotterdam firm Loeff Claeys Verbeke in its corporate and maritime law department. Moderated by Prof. Laurel E. Fletcher, Clinical Professor of Law and Co-Director of the Miller Institute for Global Challenges and Law, Berkeley Law 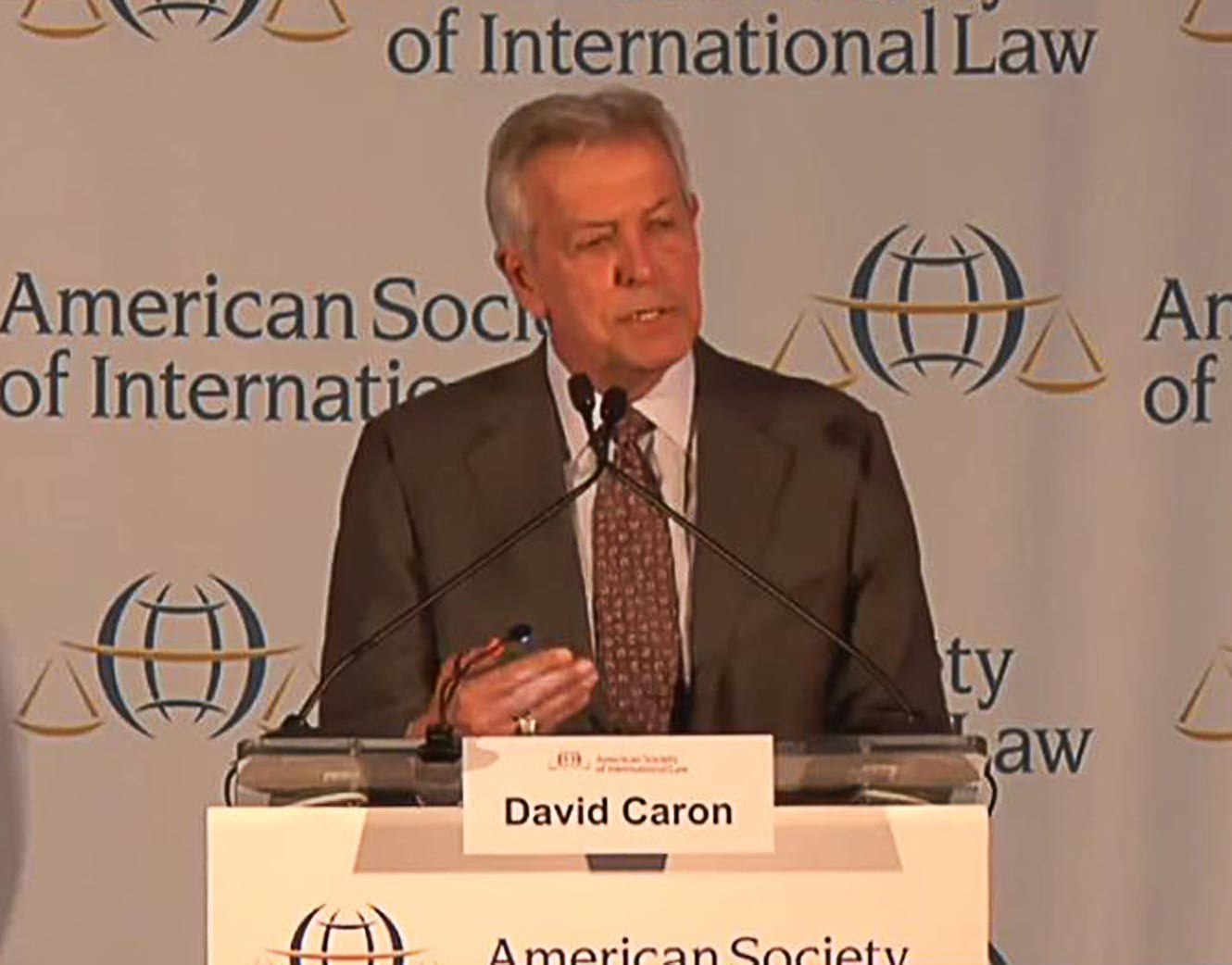 This ceremony will recognize the extraordinary achievements of the Berkeley Law students as recipients of the Certificate of Specialization in International Law.