Peace and Justice in Colombia This talk will focus on the recent peace accords in Colombia as an example of the instrumentalization of transitional justice. By explaining how the idea of transitional justice entered domestic politics, and how the different political actors utilized it to make claims against one another, Professor Rowen will give a fresh perspective on how the Colombian peace accords came about. In addition, the talk will provide insights into the failed plebiscite on October 2nd and the future of peace and justice in the country. More broadly, the Colombia case shows how advocates’ efforts to address justice-related issues are easily politicized, revealing the importance of understanding who is promoting transitional justice, how, and why. 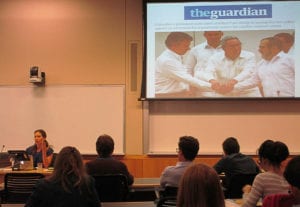 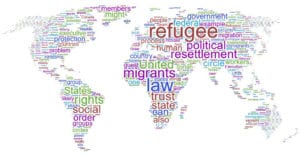 This invitation-only workshop, organized by Professor Katerina Linos, will bring together scholars to discuss current topics in migration and refugee law. Lunch will be served.  RSVP by September 1 to Briana Lomax (soar4321@berkeley.edu).

Robert Wintemute is a Professor of Human Rights Law at King’s College London, and a scholar and legal activist on the topic of comparative marriage equality. He has played an important role as a scholar, strategist, counsel for various parties and intervenors, and public intellectual, in litigating the right to marriage equality in Europe, Ontario, Massachusetts, Colombia and Argentina.

He will discuss the right of private businesses to resist providing services to same-sex couples, an issue currently before the US Supreme Court, and likely to reach both the UK Supreme Court and the European Court of Human Rights. 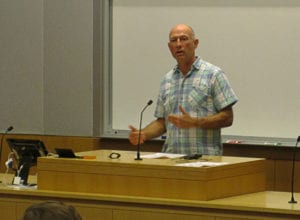 Berkeley Law is hosting this meeting of the Northern California International Law Scholars, who gather every year to discuss their current research.

Seating for the meeting is no longer available.

Asa Solway (’09), Berkeley Law in The Hague Lecturer, is an international lawyer who has worked on a broad range of international legal matters including access to justice, human rights and rule of law. 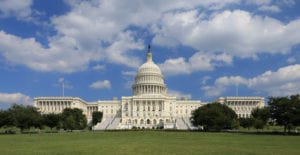 The 2018 ASIL Annual Meeting on “International Law in Practice,” will be held in Washington DC from April 4-7. Applicants must be available to travel during the Annual Meeting dates. The application period is October 1-31 and the winner will be notified by Thanksgiving (November 23).

lunch will be provided on a first-come / first-served basis

Professor Mia Swart will talk about the South African litigation over Sudanese President Omar al-Bashir, and the relationship between the African Union and the International Criminal Court.

Professor Swart coordinates and teaches the LLM program in international law at the University of Johannesburg. She previously worked as Research Fellow at the Bingham Centre for the Rule of Law in London and as Assistant Professor of Public International law and Global Justice at Leiden University, from which she earned her PhD in 2006. She also holds the title of Honorary Associate Professor at the University of the Witwatersrand, Johannesburg where she previously worked as Associate Professor.

Her academic research focuses on transitional justice, international criminal law, and comparative constitutional law. In 2007 and 2009, Professor Swart received a Humboldt Research Fellowship to conduct research at the Max Planck Institute in Freiburg and at Berlin’s Humboldt University, from which she holds an LLM. She worked as an intern in the Appeals Chamber of the ICTY in 2001, the same year she was admitted as an attorney. Professor Swart chairs the Complementarity Committee of the International Law Association.  She consulted for the United Nations Development Programme in Palestine and Amnesty International in Southern Africa. Theresia Degener
Chair, UN Committee on the Rights of Persons with Disabilities

lunch will be served on a first-come / first-service basis

Theresia Degener, Chair of the UN Committee on the Rights of Persons with Disabilities, will present on the Committee’s jurisprudence on the right to be protected against discrimination and the right to equality, and will put this jurisprudence in a broader context of human rights and disability. In particular, the focus will be on the draft General Comment No 6 on Art. 5 CRPD (equality and nondiscrimination).

Degener is professor of law and disability studies at Protestant University of Applied Sciences in Bochum, Germany and director of the Bochum Center of Disability Studies. Currently she is Chair of the United Nations Committee on the Rights of Persons with Disabilities. She co-authored (with Gerard Quinn) “Human rights and disability: The current use and future potential of United Nations human rights instruments in the context of disability” (2002), the background study to the Convention on the Rights of Persons with Disabilities (CRPD). Co-sponsored with the Thelton E. Henderson Center for Social Justice

The new president of France based part of his campaign on promoting equal opportunity as a social and economic necessity for the future. What measures has he taken? How does the new class action procedure fit in this context? Gender, race, disability: what are his priorities?

Marie Mercat-Bruns is an Affiliated Professor at Sciences Po Law School and a tenured Associate Law Professor at the Conservatoire National des Arts et Métiers where she copilots the Gender Program (LISE,CNRS). She holds an LLM from the University of Pennsylvania Law School and a comparative PhD on Law and Aging from the University of Paris West Nanterre. She is a member of the scientific board of Presage (Sciences Po Gender program) and in June 2016 finished a two-year study for the French Ministry of Justice and the Defender of Rights on discrimination law in France and the Netherlands. Co-sponsored with the Center for Race and Gender, the Boalt Hall Committee for Human Rights, the Muslim Identities and Cultures Working Group, and the International Human Rights Law Clinic

Huma Dar and Idrisa Pandit will speak in conversation on the agency of Kashmiri women in resisting the violence of Indian occupation. Kashmir is the world’s highest militarized zone and Kashmiri women have been actively engaged in documenting, reporting, and protesting the abuses committed against them. Join us to learn more!

Huma Dar work is focused on the intersections and co-formations of race, religion, class, caste, gender, sexuality, and national politics of South Asia and South Asian diasporas, centered on intellectual and political activism for social justice.

Idrisa Pandit is an Associate Professor and Director of Studies in Islam at the University of Waterloo. Her current research interests include the Kashmir conflict, particularly as it relates to youth, women, and Islam.

Lecture has been cancelled due to illness. We hope to reschedule for January 2018

Salim v. Mitchell and Jessen: Legal Accountability for Torture in US Courts Co-sponsored with the American Society of International Law, the Thelton E. Henderson Center for Social Justice, the Boalt Hall Committee for Human Rights, and the Human Rights Center

Paul Hoffman will talk about his recent settlement of a suit against two psychologists contracted by the CIA to design, implement, and oversee the agency’s post-9/11 torture program.

Paul Hoffman is a partner in the LA-based law firm Schonbrun Seplow Harris & Hoffman and was one of the lawyers on the ACLU’s Salim case. He has litigated dozens of international human rights cases under the Alien Tort Statute and argued Kiobel v. Royal Dutch Petroleum and Sosa v. Alvarez-Machain in the US Supreme Court. He is also the former Legal Director of the ACLU Foundation of Southern California and the former Chair of the Board of Amnesty International.