The International Law Section of the State Bar of California is sponsoring a program on “Current Trends in International Arbitration,” which will be held in San Francisco.

There will be a special law student price of $30 for this one-day program on International Arbitration.  This includes the entire program, the Opening Reception the night before, lunch at the program, and a networking mixer at the end of the program.

Participants may earn up to 6 hours MCLE credit. Dr. Jorge Subero Isa, the former President of the Supreme Court of Justice, Dominican Republic, will discuss the intersection and influence of laws, institutions, and politics in the judicial and legal reform processes in the Dominican Republic.

“Chevron in Richmond: Cooperation and Conflict Around the Bay Area’s Largest Oil Refinery”

Richmond, just north of Berkeley, hosts the second-largest oil refinery in California, owned and operated by Chevron, the eighth largest corporation in the world. Eighty-three percent of Richmond residents are people of color. Their average income places Richmond in the poorest 25% of California cities. Chevron has clashed with community activists over environmental and health issues, tax payments, and influence in local politics. Other Richmond residents focus on Chevron’s benefits, including jobs and support for community groups. Similar tensions arise around extractive industry facilities around the globe. 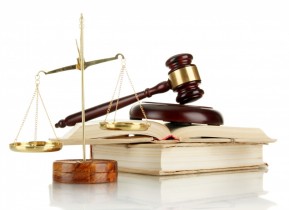 Judging Faith Workshop: An International Dialogue on the Jurisprudence on Religion in Courts

Co-sponsored with the IIS Institutions and Governance Program; the Kadish Center for Morality, Law and Public Affairs; the Robbins Collection; the ReliogWest Project of the Robert Schuman Center; the Institute of Governmental Studies; the IGS Anglo-American Studies Program; and the Politics of Religious Freedom Contested Norms and Local Practices Project 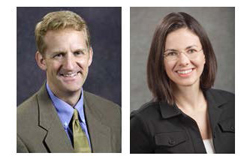 Workshop on “Use of Force and Security Cooperation”

Co-sponsored with the International Committee of the Red Cross “Palestine Refugees and the Quest for Peace Amidst Times of Conflict”

Filippo Grandi was appointed UNRWA Commissioner-General in January 2010 after having served as its Deputy Commissioner-General since October 2005. He has been engaged in refugee and humanitarian work for the past 26 years, 22 of which have been with the United Nations. Prior to joining UNRWA, he distinguished himself in a variety of headquarters and field functions encompassing refugee assistance, protection, emergency management, donor relations and humanitarian and political affairs.

Prospects for Peace:  An Assessment by Ambassador Dennis Ross

To ensure a seat, please RSVP to Rebecca Golbert at rlgolbert@law.berkeley.edu. 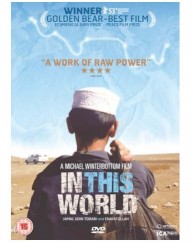 Screening of “In This World”

Berkeley Law students are invited to attend a screen of  “In This World,” a 2002 docudrama directed by Michael Winterbottom. The film follows two young Afghan refugees, Jamal Udin Torabi and Enayatullah, as they leave a refugee camp in Pakistan for a better life in London.

Pizza will be served while supplies last.

Invitation-only event.  The workshop will discuss works-in-progress on a range of topics in human rights law, including corporate responsibility for human rights violations, humanitarian intervention, and failures of the universal individualist approach to human rights. The Advanced Degree Programs Office at Berkeley Law invites you to attend presentations by visiting French scholars from the University Jean Moulin- Lyon 3:

Each of the presentations will last 20 minutes and lunch will be served. For more information, please contact the ADP office at adpoffice@law.berkeley.edu or 510-642-1476.