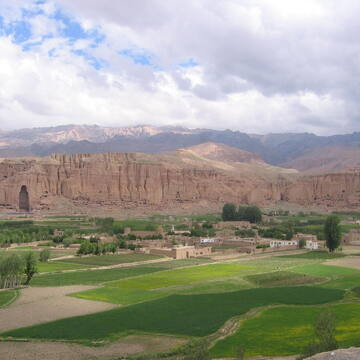 When the U.S. withdrawal from Afghanistan in August 2021 sparked a grave humanitarian crisis, the Miller Institute for Global Challenges and the Law and the Berkeley Law Pro Bono Program recognized a need to immediately provide pro bono legal support to individuals at risk of persecution in Afghanistan.

Cooperative efforts resulted in UC Berkeley’s swift response to this emergency, culminating in the development of the Berkeley Law Afghanistan Project.

Project Co-Directors and Berkeley Law alumnae Roya Massoumi ’04 and Zulaikha Aziz ’08 collaborated with Professor Laurel E. Fletcher, Faculty Co-Director of the Miller Institute, spearheading the training of more than 100 hundred students in Fall 2021 to prepare visa applications for over 100 individuals fleeing Afghanistan and seeking refuge in the United States. The Miller Institute was proud to assist in this crucial effort.

Learn more about the project in our story.

Should you have any questions or concerns, please contact afghanistanproject@law.berkeley.edu.

Roya Massoumi ’04 served as Co-Director for the Berkeley Law Afghanistan Project. Roya is an expert in civil rights laws prohibiting discrimination based on race, ethnicity, religion, age, disability, sex/sexual orientation, and national origin. She has over fifteen years of experience litigating in federal district courts and administrative tribunals, including the Equal Employment Opportunity Commission. Roya serves as Lead Assistant Counsel for one of the nation’s largest federal agencies, and advises leadership on compliance with Title VII, ADA, ADEA, and Whistleblower Act protections. Roya also counsels on the implementation of fair and objective internal investigation protocols. She has earned multiple federal commendations for her legal advocacy. Earlier in her legal career, Roya was an Associate for Clifford Chance US LLP, where she worked on securities and corporate litigation matters. Roya earned her J.D. at Berkeley Law in 2004, and interned for the International Human Rights Clinic. She holds a Bachelor’s degree from the University of California Berkeley in Political Science (with honors).

Zulaikha Aziz served as Co-Director of the Berkeley Law Afghanistan Project. Her work focuses on human rights law, women’s legal empowerment, access to justice, and rule of law internationally with a particular focus on Afghanistan, where she has worked for nearly two decades with international and local organizations. Zulaikha’s research and scholarship focuses on the intersection of human rights, international development and the law. She recently co-authored “Combating Corruption to Counter Conflict: Proposals for In-country Reform and International Community Intervention” with Hana Ivanhoe for the Berkeley Journal of International Law, examining the impacts of corruption on conflict in the contexts of Afghanistan and Myanmar. Other recent publications focus on women’s rights in Afghanistan and Islamophobia in U.S. higher education and she has taught on Gender and Global Issues at the University of Southern California. Zulaikha is a 2008 graduate of Berkeley Law and holds a Master of Science degree from the London School of Economics and Political Science and Bachelor of Arts degrees in Economics and International Development from McGill University. Zulaikha is fluent in Dari and English.

Amelia Miazad ’02 is an expert in sustainable capitalism and founded and leads the Business in Society Institute at Berkeley Law. The Institute’s mission is to define and advance a legal and policy agenda that encourages companies to account for stakeholders and the environment. Read full profile