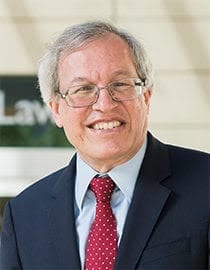 Welcome Remarks by Carol Christ, Chancellor of the University of California, Berkeley

Justice Dorit Beinisch, the first woman to serve as President of the Israeli Supreme Court and the first woman State Attorney of Israel, will be joined in conversation by Berkeley Law Dean Erwin Chemerinsky, the Jesse H. Choper Distinguished Professor of Law.

Erwin Chemerinsky is the Dean of the University of California, Berkeley, School of Law, and Jesse H. Choper Distinguished Professor of Law.  Before coming to Berkeley, he served as founding Dean and Distinguished Professor of Law, and Raymond Pryke Professor of First Amendment Law, at University of California, Irvine School of Law, with a joint appointment in Political Science.  Dean Chemerinsky is the author of eleven books and more than 200 law review articles, and frequently argues appellate cases, including in the United States Supreme Court.  In 2016, he was named a fellow of the American Academy of Arts and Sciences.

The Art of Leaving: A Conversation with Ayelet Tsabari Acclaimed Israeli author Ayelet Tsabari will discuss her memoir, The Art of Leaving and its themes of longing and belonging, growing up Mizrahi in Israel, and reclaiming her Yemeni identity. She will be joined by discussant Rabbi Miriyam Glazer, Emerita Professor of Literature at American Jewish University.

Acclaimed Israeli author Ayelet Tsabari knows first-hand the challenges faced by immigrants, as the child of a Yemenite family in Israel and as an author writing about her homeland in English, her second language. Join her and Prof. Miriyam Glazer, as they discuss growing up Mizrahi in Israel, and re-finding and reclaiming that identity through writing and extensive research into Yemeni culture and traditions. In the discussion, they will also explore how a writer’s cultural background, mother tongue, and origins influence and inform her writing, in terms of both content and style.

This symposium will explore the phenomenon of cyber-hate. What are the key issues and manifestations? What are the appropriate responses to online hate? What are the frameworks available — legal, social, technological — and possible constraints to responding? How do we evaluate the success of various solutions? Join us for a two-part virtual symposium this spring – each session includes a keynote address and a moderated panel.

Click here to learn more and to register. MCLE credit will be offered.

Cosponsored by the Berkeley Institute’s Program on Jewish Law, Thought, and Identity and the Berkeley Center for Law and Technology 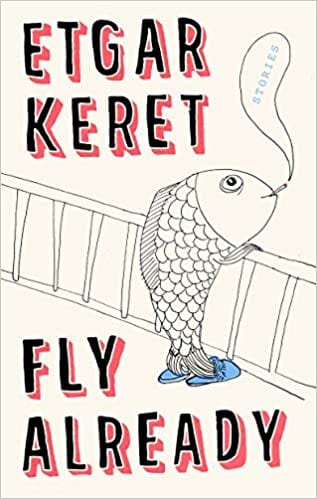 The Absurd World of Etgar Keret

Please join us for an intimate conversation with acclaimed Israeli author Etgar Keret and GTU Jewish Studies Professor Deena Aranoff. They will discuss Keret’s most recent writing and film projects, his approach to storytelling and to the world, his penchant for the absurd, and more. Keret is an internationally acclaimed Israeli writer and filmmaker. Known for his short stories and books, Keret fuses the bizarre with the banal, and offers a window on a surreal world that is both dark and comic. Does Jewish law speak to the most important issues of our day? Drawing on Judaism’s millennia-old jurisprudence of radical relevance in the face of change, Professors Bamberger and Mayse make the counterintuitive argument that Jewish law’s millennia-old approach to surveillance, communication, and information collection, sharing, and use, offer missing frameworks for the struggle to protect privacy in an age of big data.

In partnership with the Robbins Collection and Research Center “Premier” is a solo dance choreographed by Elad Schechter, founder and principal choreographer of CATAMON, for Rand Zeid Taha, a Jerusalem born Palestinian dancer. This interreligious and intercultural dialogue through dance negotiates the sociopolitical tensions and rifts evoked by east/west Jerusalem through the expressive forms of dance and movement.

Race and Responsibility: Black-Jewish Relations and the Fight for Equal Justice This will be broadcasted as part of the Berkeley Conversation Series and can be accessed here.

How are the historical experiences of the Black and Jewish communities at once distinct and interconnected? Should we see efforts to combat racism and antisemitism as separate struggles? What are African Americans’ and Jews’ responsibilities to one another in America’s current racial reckoning? In this conversation, Eric K. Ward, a leading expert on the relationship between racism, antisemitism, and authoritarian movements; and Michael Rothberg, an eminent scholar of historical exclusion and its legacies, will tackle these questions and other pressing matters in contemporary Black-Jewish relations. The discussion will be moderated by Professor Tina Sacks of the School of Social Welfare.