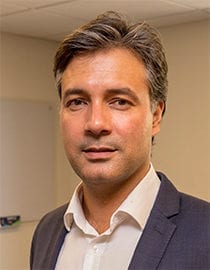 David Singh Grewal is Professor of Law at UC Berkeley School of Law. His teaching and research interests include legal and political theory; intellectual history, particularly the history of economic thought; global economic governance and international trade law; intellectual property law and biotechnology; and law and economics. His first book, Network Power: The Social Dynamics of Globalization, was published by Yale University Press in 2008. His second book, The Invention of the Economy, is forthcoming from Harvard University Press. He has published on legal topics in the Harvard Law Review, the Yale Law Journal, and several other law reviews, and on a variety of questions in political theory and intellectual history in several peer-reviewed journals. His public writing has appeared in the New York Times, the Los Angeles Times, the Huffington Post, and elsewhere. He is a member of the Board of Directors of the BioBricks Foundation and a co-founder of the Law and Political Economy blog. He was a Junior Fellow of the Harvard University Society of Fellows, and holds B.A. (Economics) and Ph.D. (Political Science) degrees from Harvard and a J.D. from Yale Law School.