The highly-esteemed James Patterson McBaine Honors Moot Court Competition is Berkeley Law’s advanced-level appellate competition.  Now in its sixth decade, McBaine is a beloved tradition that is as gratifying as it is intense. 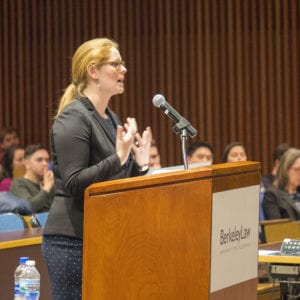 Beyond a mere contest, McBaine is designed to both test and hone students’ written and oral advocacy skills as they independently prepare an appellate brief and deliver at least two oral arguments. The competition is modeled after United States Supreme Court practice, with competitor representing either Petitioner appealing the lower court’s decision or Respondent opposing the appeal. Each year, our students are given a competition problem selected from real appellate decisions involving cutting-edge issues of great public importance.

See the names of McBaine winners and finalists over the years. Students receive the Record ahead of Winter Break, submit their briefs in February, and deliver oral arguments in late March. Judges, Berkeley Law faculty, and practitioners evaluate both the briefs and the preliminary oral arguments. Students advance to the quarterfinals, semi-finals, and the final round based on their performance on the brief and in the preliminary rounds of oral argument, with the brief counting for at least half of the available points in the earlier rounds. Prizes are awarded for the best oral argument and for the best brief for Petitioner and Respondent, respectively.

While students participating in McBaine attend information sessions covering the fundamentals of brief-writing and oral argument and may consult with both the Student Directors and the Academic Director throughout the competition, they receive minimal guidance and are strictly forbidden from receiving any outside help–including from fellow students–when writing their briefs. Students may receive minimal stylistic feedback while preparing for oral argument. 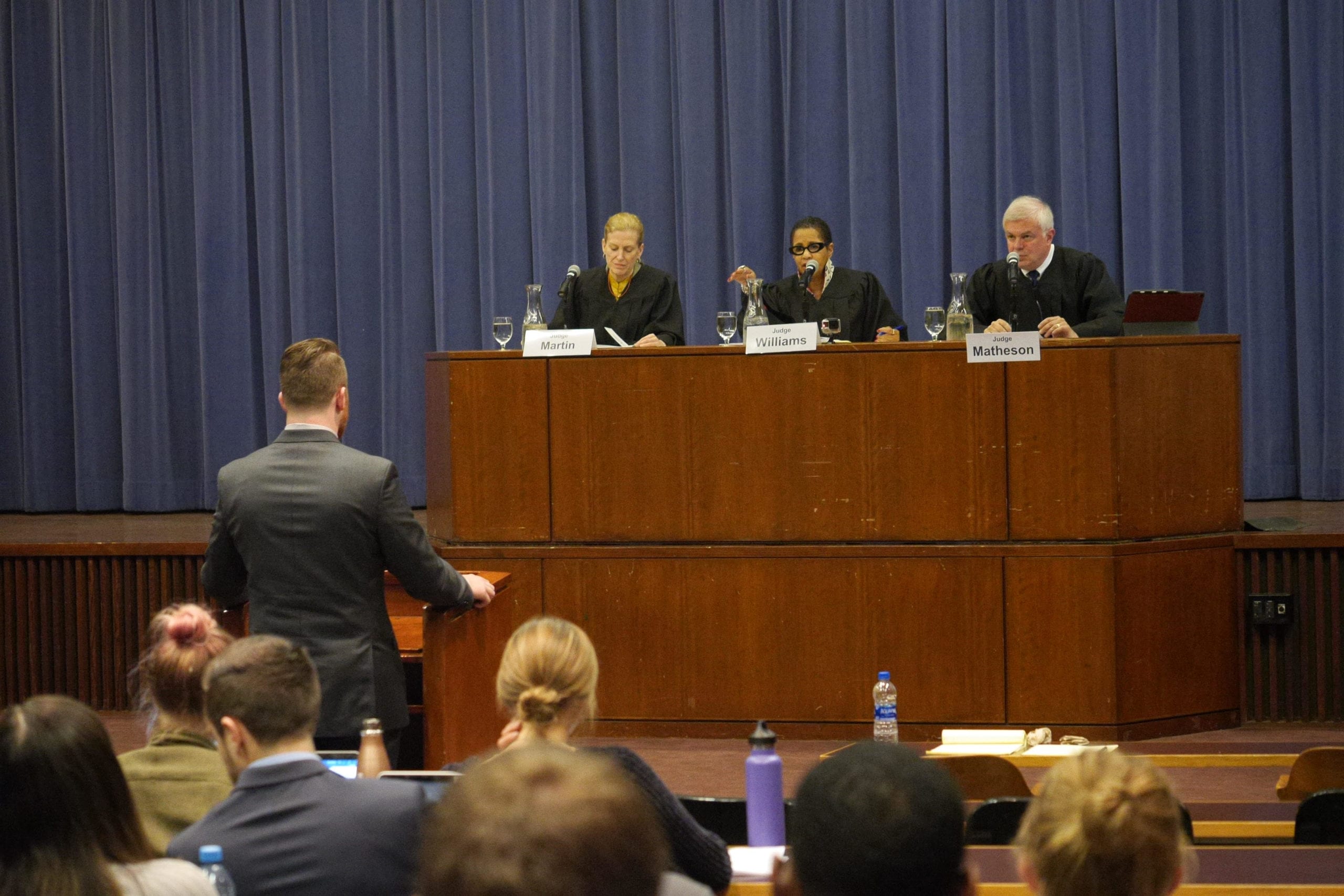 Each year, we host a panel of esteemed judges from the state and federal bench as they preside over the final round of oral arguments. Because all members of the law school community are welcome and encouraged to attend, our two McBaine finalists typically present their arguments before a robust, attentive audience.

The McBaine Competition and Best Brief Award are made possible with generous support from Crowell & Moring LLP.