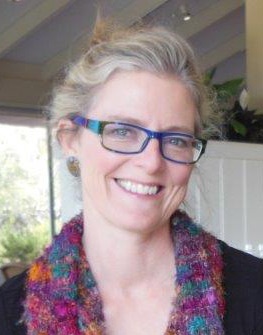 Berkeley has long been a magnet for international students. Kate Jastram ’87 wants to make it the top destination for U.S. students pursuing international law.

The new faculty director of Berkeley Law’s Honorable G. William and Ariadna Miller Institute for Global Challenges and the Law will work to “create more opportunities for Berkeley students to enter international law.” She also wants to “provide a strong platform for the fantastic research and teaching that goes on here.”

“Kate is uniquely well-positioned to lead Berkeley Law’s research and policy center on international and comparative law,” Professor and Acting Dean Gillian Lester said. “She brings a wealth of international legal experience and she has taught and published widely in the areas of forced migration and armed conflict.”

Jastram’s push to accelerate international law opportunities for Berkeley Law students has steadily paid dividends. She helped develop the law school’s Certificate of Specialization in International Law in 2009, which a record 32 students received this year at graduation. The international law program was recently ranked fifth among U.S. law schools.

More Berkeley Law students have become involved with the American Society of International Law, which enjoys a strong faculty presence with Jastram, Guzman, and Saira Mohamed all holding leadership positions. In addition, Jastram is working to increase international law placements within the UCDC Law Program.

She has developed a robust partnership with the International Committee of the Red Cross, one that provides an intensive annual workshop for Berkeley Law students with faculty from the State Department, the Judge Advocate General’s Legal Center and School, the Red Cross, and Human Rights First.

The Miller Institute also has an ongoing relationship with the U.N. High Commissioner for Refugees. Many Berkeley Law students have interned at the organization’s office in Washington, D.C., or further afield in countries such as Malaysia and Panama.

“On the academic side, we’ll seek to develop partnerships with a range of key institutions,” said Jastram, noting Oxford University’s renowned Refugee Studies Centre and the newly endowed Kaldor Centre for Refugee Law at the University of New South Wales in Sydney. She also hopes to forge fruitful partnerships in Brazil, where she recently lectured at two universities.

Dean Christopher Edley, Jr., who recently announced his resignation effective at the end of the year, will remain a Miller Institute co-director. “I’m thrilled that Chris will continue to lend his passion and expertise,” Jastram said. “He’s been tremendously supportive of the Miller Institute.”

“Much of our international law system is organized around sovereign nation states, but in many areas we’re seeing that borders are less and less important,” Jastram said. “In today’s wars, we’re often not even fighting other countries, but instead fighting groups of individuals, with new and legally untested weapons systems. That throws a lot of international law into question, and as a result it’s a fascinating time to work in this area and prepare students for practicing in a globalized world.”

To help Berkeley Law students navigate that terrain, Jastram intends to “reach out to alumni who can serve as mentors and provide inspiration.”

More information about the Institute and its recent initiatives is available here.