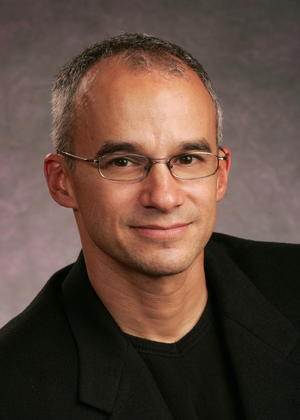 Berkeley Law Professor Ian Haney-López has been awarded an Alphonse Fletcher, Sr., Fellowship, which comes with an unrestricted grant of $50,000. The fellowship recognizes “scholars, writers, and artists whose work contributes to improving race relations in American society and furthers the broad social goals of the U.S. Supreme Court’s Brown v. Board of Education decision of 1954.”

Five fellows are recognized each year, on average, and Haney-López is one of two law professors to receive the 2011 award. Past recipients include dramatist Anna Deveare Smith, New York Times correspondent Brent Staples, and Stanford Professor Clayborne Carson.

The award recognizes Haney-López’s recent work on “colorblindness.” Immersed in a three-part research project that critiques contemporary racial-equality law, he doesn’t mince words when describing the Supreme Court’s approach toward race: “The Court has somehow arrived at a conception of equality in which all express uses of race are equally wrong. This colorblindness approach sounds fine in the abstract, but what it actually means is that affirmative action is as constitutionally wrong as Jim Crow segregation, and racism against non-whites is over. That’s just insane.”

The first part of his research addressed how, at the hands of shifting coalitions of conservative justices, colorblindness came to be the law of the land. Published in the February 2007 Stanford Law Review, “A Nation of Minorities” examined America’s transition to a new racial rhetoric—one that purportedly espoused racial equality, but in fact froze the status quo.

In the context of a society struggling to solve persistent problems of racial inequality, Haney-López argues that restricting official uses of race deters progress. He adds that colorblindness today does not prevent discrimination, but rather stops affirmative action and the more recent efforts of school districts to promote integration.

A Blind Eye toward Colorblindness

The second part of Haney-López’s research will be finished this fall. It contends that colorblindness precipitated a distortion in how the Supreme Court conceptualizes discrimination. Under the “intent doctrine” today, plaintiffs must prove unconstitutional discrimination by showing that the defendant acted out of malice. Haney-López argues that in looking at the intent doctrine’s evolution since the late 1970s, its goal has been to not find discrimination.

“How often does a discriminating employer make an express statement of racial malice?” he said, asserting that the point of the intent test is less to demand proof of a given mindset than it is to exclude other sorts of evidence that might better demonstrate discrimination. “The racial malice threshold means that courts never have to confront any other kind of evidence, like history or settled patterns, or cultural norms, and, as a result, they have little trouble declaring that discrimination against non-whites is over.”

This marks a complete re-conceptualization of the intent doctrine, and Haney-López posits that people have misunderstood how it’s worked ever since the mid-1970s. “I hope it’ll shake up the way in which people think about and teach the intent doctrine,” he said.

The third part of Haney-López’s research will track a retrenchment from civil rights in the larger political culture over the past 40 years. It will also link Supreme Court rhetoric on colorblindness to a corresponding shift in public discourse. This is new research terrain, as Haney-López is one of the first scholars to explore the sources from which the Supreme Court generates its race-oriented ideas—and how the Court’s racial analysis in turn shifts public culture.

“Colorblindness is now the dominant way of approaching race, but it only became cultural common sense recently,” he said. “The Supreme Court accepted it before the general public did, and before that, opponents of integration seized on colorblindness to preserve segregation.”

Haney-López was astounded to learn that many southern jurisdictions adopted colorblindness as far back as the late 1950s almost immediately after Brown v. Board of Education because they saw it provided a severe constraint on racial reform.

“Contemporary proponents of colorblindness such as Clarence Thomas like to say they’re the heirs of the NAACP fight to end Jim Crow,” he said. “The fact is they’re heirs to Southern whites who aggressively promoted colorblindness norms to prevent integration. While the law has been instrumental in promoting racial justice, perversely it has also been a huge impediment. It’s very important to understand how we got here in order to move beyond this period.”

Haney-López’s research will form the bulk of his upcoming book, Justice Undone: Colorblindness after Civil Rights. “Sometimes it’s easy to get lost in ideas,” he said. The Fletcher Fellowship “reminds me of what’s important in my work: promoting integration.”