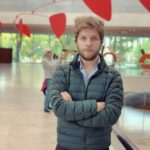 Biography: Santiago Ortegón Giral is currently an S.J.D. candidate at the University of Pennsylvania Carey Law School, and spent his first semester of doctoral studies at Georgetown University Law Center. He graduated in 2013 from Universidad de los Andes in Colombia with an LL.B., and a Minor in History and Economics. Mr. Ortegón earned his LL.M. degree from UC Berkeley in 2018 and wrote his thesis titled ‘Honor the Bargain: To Comply with the Peace Agreement, a Major Step Towards a Lasting Peace in Colombia’ under the guidance of Professor John Yoo. He was a teaching assistant at Los Andes, and an intern with the World Bank, conducting research for solving the lengthy delays in Colombia’s judicial system. During his time at Berkeley, he served as a delegate of the Law School before UC Berkeley’s Graduate Assembly, and as an Associate Editor for the Berkeley Journal of International Law. He also worked with the Worker’s Rights Disability Law Clinic and Berkeley Immigration Group.