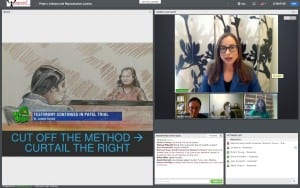 The Simon and Gagnon Award honors career contributions to the study of sexualities as represented by a body of work or a single book.  This award commemorates decades of research and writing on sexualities by Professor William Simon (University of Houston) who died on July 21, 2000, and his longtime collaborator, Professor John Gagnon (SUNY-Stony Brook). 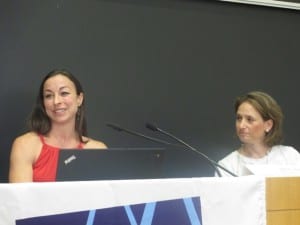 On July 10th, CRRJ in co-sponsorship with Law Students for Reproductive Justice, celebrated the launch for the first ever Reproductive Rights and Justice Casebook.  Jill E. Adams and Mariko Miki joined authors Melissa Murray and Kristin Luker for an interview by Abbey Marr. The authors signed copies of the casebook, which were for sale.

On June 24th, CRRJ hosted a dinner conversation about teaching reproductive rights and justice courses at AALS Mid-Year Convening in Orlando, Florida. Prof. Melissa Murray and Prof. Yvonne Lindgren discussed instruction and teaching resources with faculty from around the country. Fifty years ago, the Supreme Court decided Griswold v. Connecticut, famously articulating the right to privacy. But what preceded Griswold? And what opportunities and arguments were surrendered in Griswold’s embrace of privacy? In this lunchtime talk, Professor Melissa Murray discusses the pre-Griswold landscape, the decision, and its implications for the future of reproductive rights and justice. 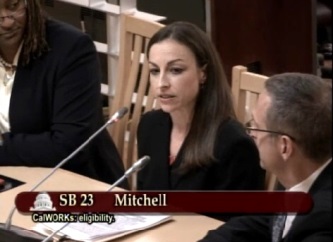 Each year the Bay Area Lawyer Chapter recognizes leaders in the progressive community for their efforts in promoting and protecting our core constitutional values: liberty, justice and equality. In light of the 50th anniversary of Griswold v. Connecticut, we are proud to recognize this year’s honorees for their contributions in the field of reproductive rights and justice: Representative Jackie Speier, Law Students for Reproductive Justice, CoreAlign, a project of the New Venture Fund, and National Center for Youth Law.

For information on the event and registration, click here.